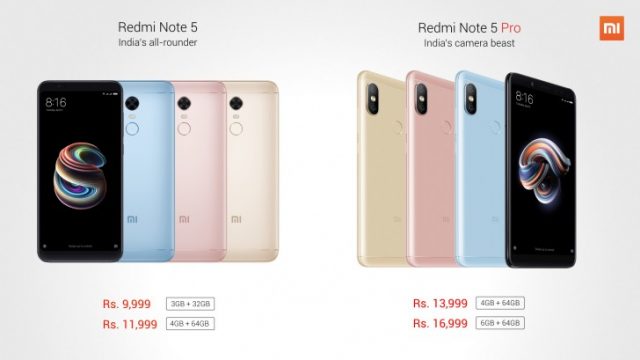 Both phones have the same 5.9-inch display with 18:9 aspect ratio and 2160×1080 resolution. The Note 5 Pro has a more powerful Snapdragon 636 processor, while the Note 5 has the Snapdragon 625. The Note 5 Pro also has dual 12/5MP cameras on the rear and a big 20MP camera up front. That front camera will be used for Face Unlock, which is a first on a Xiaomi phone.

Unlocked Galaxy Note 8 in the U.S. is being updated to Android 8.0 Oreo

T-Mobile / Sprint merger: Here’s how it will affect you

Asus brings ROG Phone to India – the first gaming smartphone to hit the...

Xiaomi render suggests the Mi Mix 3 will also feature a...