There are plenty of ‘big name’ games coming to Android in the next few months, but while you’re waiting for the likes of Final Fantasy XV: Pocket Edition or Tekken Mobile, you might want to check out a promising indie game called Ayo: A Rain Tale.

Developed by Lebanese studio Inkline, Ayo: A Rain Tale is a puzzle-platformer with a thought-provoking narrative. You play as the titular Ayo, a young girl who must traverse stunning sub-Saharan lands in search of water for her family.

Android gaming is getting bigger and better every month it seems and there is always a slew of new titles coming to Google Play. Whether you’re a casual gamer or you want something with a …

The game’s novel premise is based on the real-world struggle in sub-Saharan Africa where extended droughts lead to a life-threatening lack of water for an estimated 319 million people.

According to The Water Project, the burden of fetching water mostly falls on women, with girls under the age of 15 twice as likely to perform the gruelling task than boys.

This burden is depicted in the game through Ayo’s journey through physical and psychological dangers, including natural hazards, tough enemies, and a final battle against a large mythical beast.

As you can see in the game’s official trailer below, much of the game will be spent jumping, crawling, and climbing, but there are also plenty of hidden paths to find and puzzles to solve. The art-style looks gorgeous too and seems to really bring to life the more mystical elements of the game. 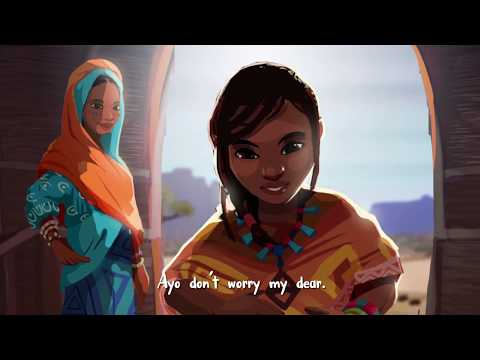 Ayo: A Rain Tale launches today on the Google Play Store (and Apple’s App Store) for just $2.99 and it certainly looks like it should be on your radar if you’re a fan of narrative-based platformers like Limbo or Never Alone.

Hit the button below to head over to the game’s Play Store page, and be sure to let us know your thoughts on the game in the comments.

Get Ayo: A Rain Tale at Google Play STore

Notifications are one of the best things about Android Pie

Can the Nest Cam be used as a baby monitor?

5 Things You Should Know About Nest Protect

These Xbox One console bundles come with a free Echo Dot...