Design is important, which is why many companies spend a lot of resources fine tuning the design of a product or service. This is because while at its core, a product or service could be useful and feature-rich, but if its interface is bad, users won’t even bother finding out what it has to offer.

Now, with the Google Play Store, its interface has always been functional, but if you were never a fan and thought it was in dire need of a redesign, you’re in luck because Google has announced that they have given the Play Store a new Material Design makeover, resulting in a cleaner and neater look. According to Google’s description of the new design: 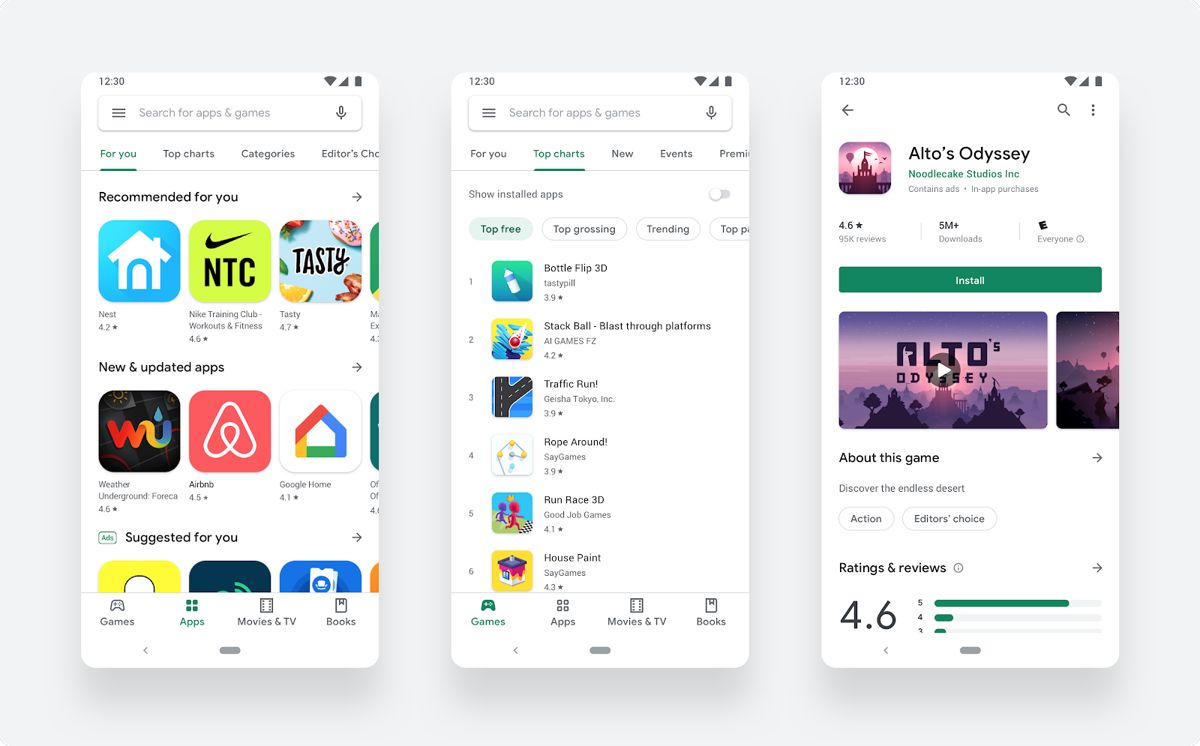 Some of the changes include a new navigation bar at the bottom of the Play Store on mobile devices, and also a new left navigation menu for tablets and Chrome OS devices. Google has also separated games and apps, where gamers who just want to browse games can do so without having to dive into too many submenus.

These changes should already be live so if do launch the Play Store, don’t be surprised by what you see.

DEAL: Get the Verizon Wear24 smartwatch for just $80

Is The Outer Worlds the New Vegas successor we’ve been waiting for?