LG has been in quite the downward spiral over the last year or so, as the company’s mobile division continues to post losses in consecutive quarters. Things have gotten so rough that LG’s CEO announced that the company won’t be following a regular release schedule for its flagship devices any longer.

Instead, it seems that LG is planning to release new versions of previous devices, and this will start at MWC 2018, which kicks off in a couple of weeks. Previously, we heard rumors about a device called the LG V30+‘α’, but it seems that this device will actually be called the ‘LG V30s’.

As for the potential changes, we are expecting to see the V30s launched in the Korean market with a whopping 256GB of base storage. This is four times the amount of the storage offered by the standard V30, and double that of what’s offered by the LG V30 Plus. 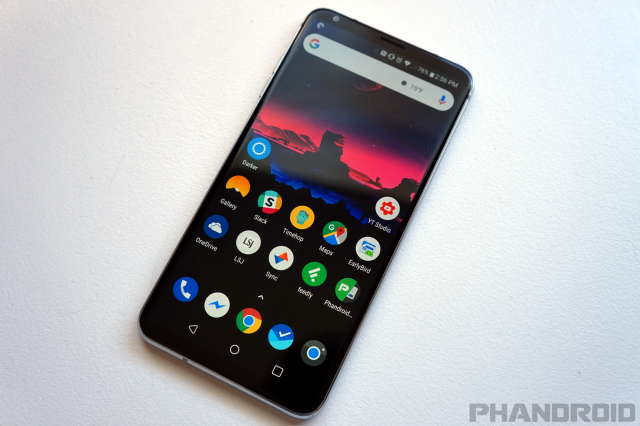 We know that the overall design of the V30s will look extremely similar to that of its counterparts, there’s no mention in this latest report of a spec bump other than storage. This means we aren’t sure whether LG will be sticking with last year’s chipset with the Snapdragon 835 or if we’ll see a bump to the brand-new Snapdragon 845. We also aren’t sure of the amount of RAM which will be included, but it wouldn’t be outside the realm of possibility to see at least 6GB of RAM onboard.

The biggest selling point of the LG V30s is likely not to be hardware related at all, as the device is said to feature something called “LG Lens”. The report claims this will be similar to Samsung’s Bixby Vision and will offer similar capabilities to that of the competition. This means that users will be able to search for objects just by taking a picture, along with taking advantage of augmented reality in some capacity.

Finally, pricing for LG V30s is expected to start around $918, although it will initially be released in LG’s home country of South Korea. There is no mention of whether this device will see an international launch at some point in time.

Amazon Alexa: Everything you need to know about the heart of the Echo

Reader’s Choice: Pick your favorite Chromebook so far in 2019

Get fit with record low pricing on Garmin vívosmart 4 activity...