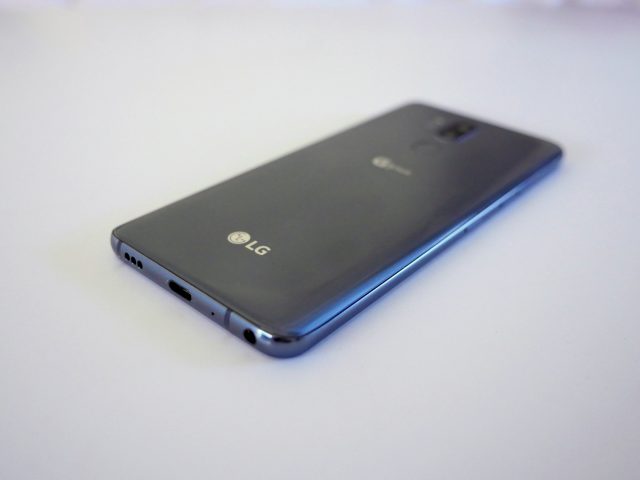 Over the last month of two we’ve seen a lot of Samsung Galaxy S10 rumors and leaks, but it looks like today is LG’s turn. A new leak out of Korea finally gives us some substantial details regarding the upcoming LG G8.

For starters, the LG G8 will feature a notch for its front-facing camera, but it’ll be substantially smaller than what we got on the LG G7. According to Google Translate, the phone will sport a “water droplet notch” which could resemble that of the OnePlus 6T. While we’re not exactly enthralled with LG keeping the notch around for a second year, the reduction in size should make it more palatable for those who like a cleaner look.

The other main feature mentioned in the leak is the LG G8’s 3D camera, which would be a first for LG. Unfortunately, we don’t know where the camera will be placed or what LG plans to use it for. Due to the
“water droplet notch” on the front of the phone, there’s a good chance that the 3D camera will be placed on the back of the phone, possibly to deliver advanced depth sensing for enhanced portrait-style photos.

The last portion of the leak indicates that the LG G8 will not support 5G. This is a bit disappointing, but not surprising at all. While Verizon and AT&T claim to have their 5G networks up and running already, they’re only available in a handful of markets. Since the first generation of smartphone expected to cost roughly $200 more than their 4G counterparts, the LG G8 should have a price advantage over any other 2019 flagship device which comes equipped with 5G.

Uber is under criminal investigation in its case against Waymo

Get the training required to pass the CompTIA Security+ exam for just $59!

T-Mobile and Nokia partner to work on 5G technology