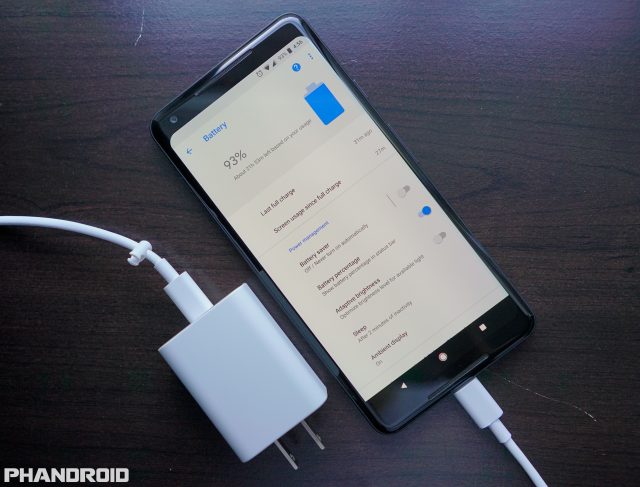 Remember last week when we told you guys about a strange battery draining bug affecting the Pixel 2/ Pixel 2 XL after a recent software update? Well, it seems to have finally caught he attention of Google.

For those catching up, a few weeks ago some users began reporting severe battery drain after installing the February security patch. For some (myself included), the problems began earlier than that, with my Pixel 2 XL suffering from abnormal battery drain after first updating to Android 8.1 back in December. Performing factory resets didn’t do anything to help, something I typically recommend after applying a major software update.

A Pixel User Community Manager inside Google’s support forum recently began reaching out to those affected by saying, “We want to look into this issue and I’m going to reach out privately for bug reports.” Unfortunately, that means an actual bug fix likely wont be pushed out right away since they’re still investigating.

While you could twiddle your thumbs in the meantime, some users on XDA claim to have found a fix. For some folks, the issue could have something to do with Call Log Backup/Restore draining the battery. There seems to be an easy fix (for those who see this appearing in their battery stats). Here’s how:

Again, it’s not clear this will work for everyone. I’ve also seen people report success by simply clearing the cache in the Google Play Store and Google Play Services apps, but neither solution has worked for me. Maybe you’ll have better luck.

Instagram admits passwords of some users exposed as plaintext