Have you ever wanted to create your own personal cloud? There’s an app for that!

Flexihub is a unique piece of software that essentially allows you to create your own personal cloud of devices. Anything that you have connected to a device with Flexihub installed is accessible and shareable from anywhere that you have an internet connection.

Now your first reaction is probably going to be, “Isn’t basically everything already connected anyway?” To some degree that is certainly true, a lot of printers and other USB based devices offer wireless connectivity, but from personal experience, these connections can be flakey and they also sometimes require that you be on the same network to make use of them. Flexihub gets around both these problems, as in my time with it I haven’t had it fail me once and it is essentially instant on the moment you plug a device into a computer or smartphone with Flexihub installed.

Flexihub also offers 256-bit SSL encryption, so even for file transfers which you likely have other options for, this is going to be more secure than most. Need to share some files from an external hard drive or flash drive with a friend or colleague? Just plug it into the USB-C port on your smartphone and you can share access to that drive with them instantly.

Let’s take a deeper dive on how Flexihub works and what exactly you can do with it as it is certainly a niche app and at first glance, some won’t see the utility, but for those that need it this app is could become an absolutely crucial tool.

Once you have created your Flexihub account on their site the next step is to install the app on any computers or mobile devices that you will be connecting to the hardware you would like to access remotely. The Flexihub app is available for Windows, Linux, macOS, and of course Android. Just got to the Flexihub download page and you’ll find the links for each one. 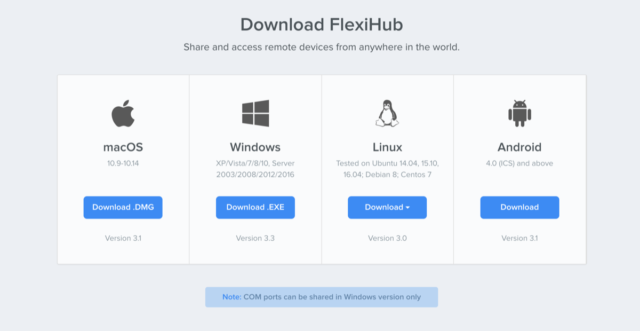 Once you have the software installed on the hub devices there’s really nothing else to the basic functionality of the app. You’ll register your account through Flexihub and be on your way. You simply plug the hardware that you would like to connect to or share to one of your hub devices and it will instantly appear in the Flexihub app. From there you can use that hardware exactly as if it were physically connected to your device.

Now there are a couple obvious use cases for this software so we’ll cover those quickly and then take a look at a few of the less obvious options. If you have any ideas on potential use cases for Flexihub we’d love to hear from you in the comments too as I’m not going to begin to comprehensively cover everything you could do with Flexihub as it will connect you up to any USB or COM (Serial) port device and the options there are virtually limitless.

This is the most obvious option and again I’m certain that plenty of you have printers that do offer wireless printing already, but at least with the last few printers I’ve had I feel like this fails with such regularity that I end up spending more time troubleshooting it than it’s worth and I end up plugging a cable back into it. Now obviously this is contingent on your having a device with Flexihub plugged into the printer, but assuming you check that box the printer will work 100% of the time and you can print from anywhere or again conveniently you can let a friend or colleague print by simply sharing the connection rather than getting them set up on the printer too.

Sure there are countless online storage options, but most of them cost quite a bit for higher storage tiers and of course, you have to upload the content to them first. As someone that uses external drives for my photo and video content on a regular basis, I can absolutely see the value in using Flexihub to share a drive with one of my coworkers when I’m at an event, instead of my uploading it Dropbox or Google Drive only to have them download it again it will go straight to them. Hardly the only way to get the job done, but it’s expedient and secure. 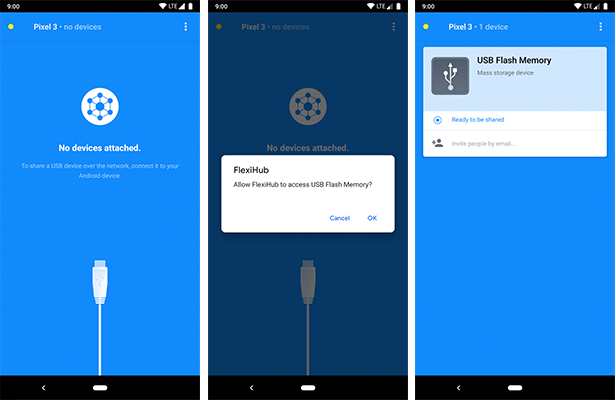 The Android app itself is server only, so it is limited to sharing whatever is plugged into it, you can’t use it to access other devices that are connected to Flexihub. This would be nice functionality and we’d hope to see it added at some point, particularly with an Android tablet or larger Android phone attached you could get plenty of utility out of that option.

But for now, the Android device makes for an incredibly portable option to share with the laptops or desktops connected to Flexihub. Some of the more interesting use cases are medical, such as the ability to do remote diagnostics on hearing aids or other small personal medical devices. 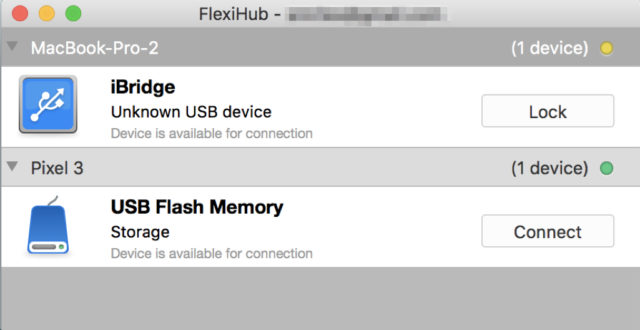 Most of your use and likely the majority of your connectivity is going to happen via a computer given the limitations of the Android app. Now obviously if you have a desktop or a laptop that lives on a desk somewhere that is the ideal situation if you want constant access to whatever hardware you are connecting to, but again part of what makes Flexihub great is that things are ready to go the instant you plug them into the hub device.

Some examples of hardware that you might want to connect to would be a camera, a CNC machine, a projector, or even an iOS device. Flexihub is a useful tool for developers to do remote debugging without needing a device on site.

Again there’s simply too many possibilities to cover them all and no real reason to dwell on them as there simply isn’t much to explain about the software once you have it connected, whatever the device is you are simply ready to use it exactly as if it were connected directly to your computer.

Now that we’ve covered what exactly you can do with Flexihub, you probably have a pretty good idea of whether or not this is something that would be a helpful tool for you, and thankfully Flexihub does offer a 7-day free trial for all new annual plan customers so you can take it for a test spin before committing to a full year.

Now if that sounds expensive, but you are still tempted by the functionality, there is a way to save a lot of money if you think this is a long term solution for you as you can purchase a lifetime subscription for the same price as two years of the service for any number of connections. Eltima, the company behind Flexihub has been around for almost 20 years now with a diverse portfolio of apps, so you aren’t throwing money at a startup that may disappear in a year. 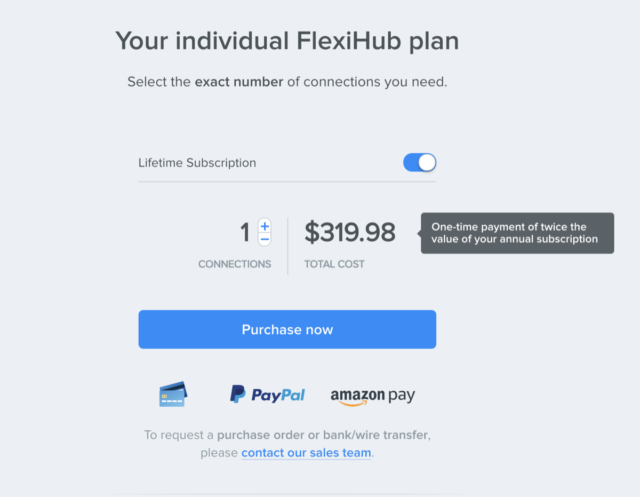 I think I’ve made it clear from the outset that there’s going to be a large number of you that instantly dismiss this app as not relevant for you and that’s fine, but I’m equally sure that some of you are going to be ready to throw your money at Eltima because this app can solve some obnoxious connectivity situation in your home or office workflow.

After a week with the app I can say that it’s dead simple and it just works, which is about the highest praise I can offer, if there’s a problem that Flexihub will solve for you then it’s absolutely worth the price.

Every Oculus Go error message, and what you can do to fix them

Xiaomi ShareSave: Everything you need to know

The best headphones and earbuds with noise canceling