Oh, snap. BlackBerry and Facebook have apparently been in a bit of a tussle over the years in regards to a patent Facebook is supposedly infringing on. That tussle seemingly evolved into a full-blown fight today.

BlackBerry has sued Facebook over a messaging-related patent the company is accused of infringing. Details are scant right now, but it’s likely a patent BlackBerry has been holding onto since the days of BBM. BlackBerry offers a rough overview:

We’re not sure what exactly Facebook would be infringing on, but from Facebook’s initial response to the lawsuit, it sounds like BlackBerry is grasping for some pretty frivolous straws. 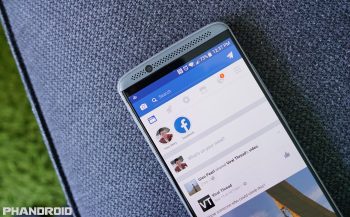 “BlackBerry’s suit sadly reflects the current state of its messaging business. Having abandoned its efforts to innovate, BlackBerry is now looking to tax the innovation of others. We intend to fight.”

Yikes. The funny thing is that Facebook isn’t wrong, and at the same time they aren’t totally right. We know BlackBerry could innovate if they really wanted, but they just don’t. And maybe that’s not a bad thing.

It’s not profitable for them to compete in the smartphone hardware market like they used to, and the company seems to be headed back in the right direction with their new software services approach. And even if we’re talking about the innovations of BBM in a contemporary sense, there’s no denying BBM started the messaging revolution that originally vaunted BlackBerry into popularity.

A qualifying statement, that was not. No matter what BlackBerry’s history is, they have seen competitors whisk by them with great advancements in the messaging world, and if they’re using a crucial patent to go after what we can consider commonplace technology in 2018 then Facebook is totally justified in their aggressive posture. We’ll reserve judgment either way until more facts surface.

These are the best microSD cards for the Galaxy S8

Deal: Get a Nest Thermostat E and a Google Home Mini for $149 total

Double price drop! Learn how to code Python for only $19

RAGE 2 is a carnival of carnage fans of DOOM won’t...