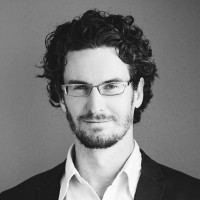 Whether anger, nostalgia, or resignation, the Android rebrand is a change no one gets to sit out – you kind of have to have an opinion on it. We’ve all been far too attached to the Bugdroid branding for far too long to simply not care. But for those worried Android is changing, fret not, because it actually changed a while ago.

As my colleague Bogdan correctly points out, the rebrand was kind of long overdue. Android itself has had a major visual refresh every few years and yet the brand itself has not. But the Android brand and what it represents has evolved, a lot. I’ve been waxing lyrical for the past few years in successive Android OS reviews about Android’s maturation, polish, and sophistication. Android’s branding now reflects that evolution.

The logo is actually the last piece of a long transition we’ve been witnessing in the OS for years. Android’s technical tinkerer roots ended when most folks — die-hard fans included — couldn’t quite remember the last time they rooted their phone and flashed a ROM. I interview people all the time, and the majority of them can’t remember either.

The Android that the old logo represents hasn’t been inside the phones bearing that logo for years.

The Android that the old logo represents hasn’t been inside the phones bearing that logo for years. Google is more like Apple these days — and vice versa — and Android is more like iOS. This isn’t necessarily a bad thing, but however you feel about it, the great gulf that once existed between them keeps growing smaller. Rather than entirely different currencies, they’re now more like two sides of the same coin.

It’s clear at least some of the changes Google has been making to Android recently are intended to siphon off parts of the iOS user base. Google knows that attracting the next billion is going to be a lot easier if Android is more accessible and easy to understand for the average user. “It just works” has long been Apple’s strength — you don’t need to know version numbers or anything technical to use an iPhone. Laugh if you will, but it has served Apple pretty well and Google will no doubt do better off the back of recent changes to Android.

Will a new look for Android make any difference to how we feel about? Likely not. If we’ve happily accepted the changes in the OS in recent years, this is an easy pill to swallow. If you identify yourself as an Android fan, this is now Android. Android’s external style has just caught up to where it has been inside for a while.

Let’s face it, the Android brand refresh was long overdue

The removal of Android treat names makes me sad, not gonna lie

No more sweets: Google ditches desserts for Android Q in favor of Android 10

The Pocophone F1 successor may finally be unveiled next year

What are the best books to read along with Disney on...

New to Amazon Prime Day? MrMobile teaches you how to do...